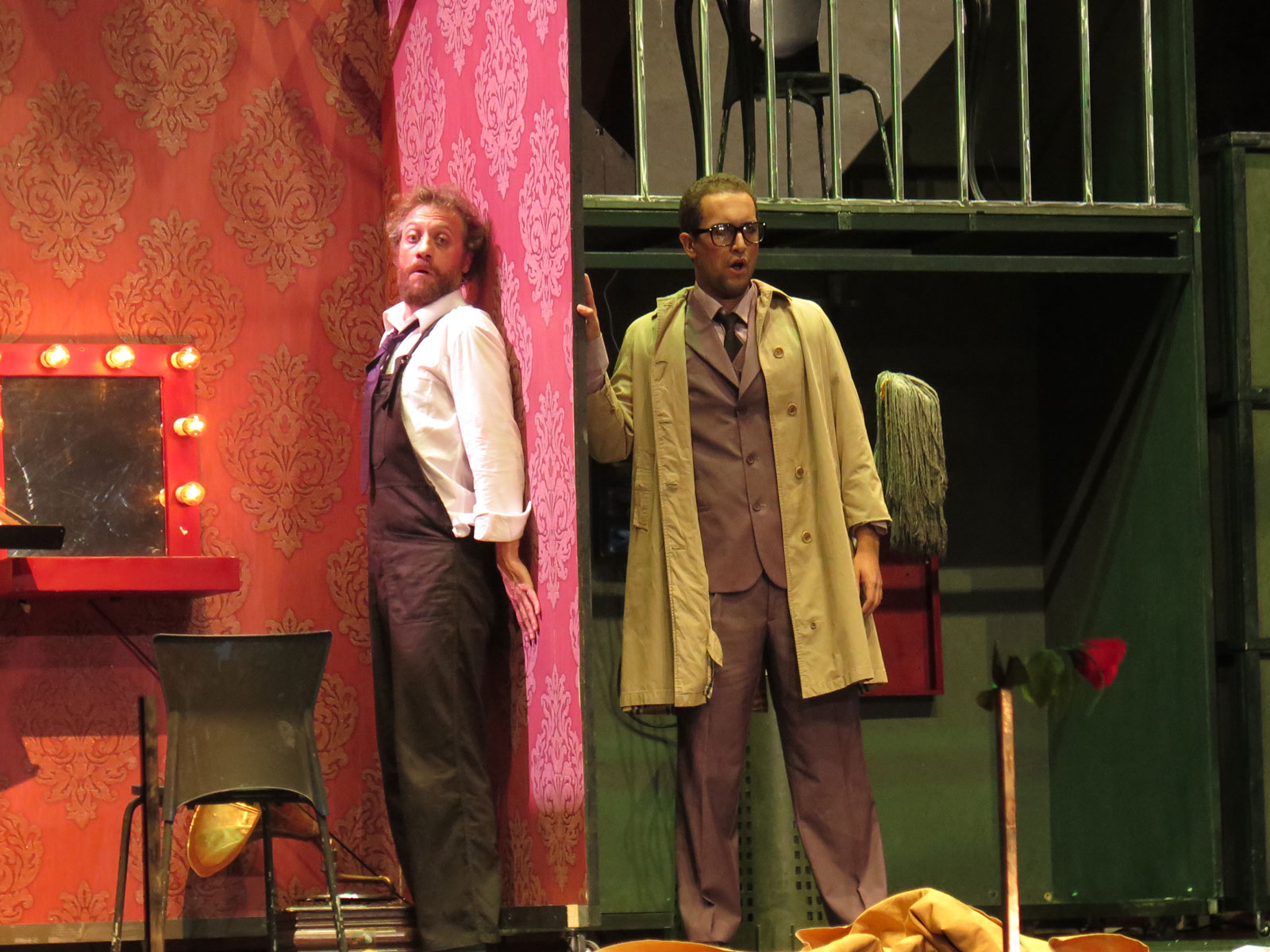 From the example of theatrical self-irony of the film In the bleak midwinter by K. Branagh, where a shabby company of decadent actors is trying to stage a Hamlet in a deconsecrated church in order to repair their disastrous lives, with this project we looked for a title which could let us retrace the same story in the operatic field. We aimed to find a title that could be equally versatile than “Hamlet”, both devoted to tragedy and comedy: The magic flute! Loosely inspired by the numerous plots of Mozart’s work, The tragic flute soon became a light metatheatrical comedy with an opera house in failure and 4 characters who inhabit it: the General Manager (light soprano), Gino called the “Pappa”, the mute guardian of the theatre (actor); the Divo, the tenor Matteino Principe (actually a bass) and the Diva, the soprano Mina Filianoti (soprano). The staging of The Magic Flute in the metaphorical Antico Teatro SoleLuna became a tragedy with precarious sets, mysterious disappearances, errors and misunderstandings between the voices and the orchestra, conductor exchanges and other catastrophes. A disastrous path that, in part, retraces our daily life of artists, too often full of these kind of tragicomic events. A path that it would be better to avoid since it frequently leads us to fall inexorably but that, after all, we can not exempt ourselves from following as it is the story of our life. Because, in the end, every new step forward is just the result of an initial imbalance.